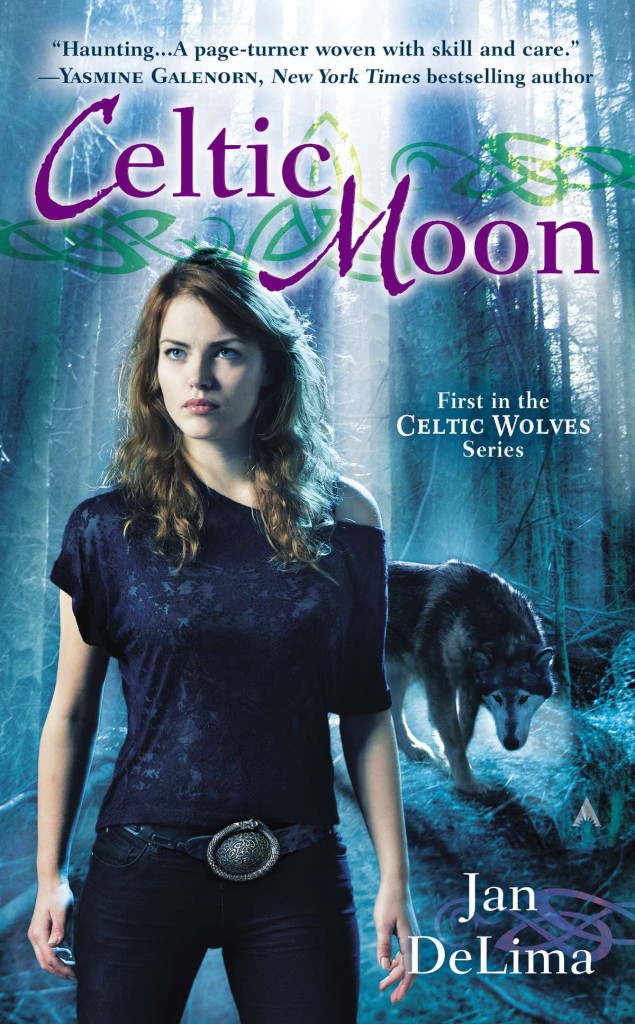 Sophie Thibodeau has been on the run from the father of her son for more than fifteen years.  Now her son, Joshua, is changing, and her greatest fears are about to be realized.  He’s going to end up being just like his father—-a man who can change into a wolf.

Dylan Black has been hunting for Sophie since the night she ran from him—-an obsession he cannot afford in the midst of an impending war.  Dylan controls Rhuddin Village, an isolated town in Maine where he lives with an ancient Celtic tribe.  One of the few of his clan who can still shift into a wolf, he must protect his people from the Guardians, vicious warriors who seek to destroy them.

When Sophie and Dylan come together for the sake of their son, their reunion reignites the fierce passion they once shared.  For the first time in years, Dylan’s lost family is within his grasp.  But will he lose them all over again? Are Joshua and Sophie strong enough to fight alongside Dylan in battle? Nothing less than the fate of his tribe depends on it…

“I’m going for a run,” Dylan said dryly, taking off toward the woods.  His people had wronged Sophie.  He was convinced of that now.  And still she had come home to him, of her own free will—for their son.

His wolf clawed at his spine for release.  Its fury, its need—its desire for the woman who’d had the courage to return for their child was no longer controllable.

Perhaps it was a good thing Sophie hadn’t invited him to stay, Dylan thought as he entered the forest, ripping off clothes as he walked.  For if she had, he wasn’t sure if he could have controlled his hunger.