Hello and welcome to the photo tour of Brynmor Cottage, home of Ms. Hafwen!

For those of you who aren’t familiar with my books, Ms. Hafwen is a character from my Celtic Wolves Series.  And if you’re wondering what this series is about, you need only imagine a world where the legends of Celtic lore still walk among us in secret.  It’s a place where warriors are also wolves and reality isn’t always what it seems.  Set in modern day, the stories are a mixture of both urban fantasy and romance.  Written for adults, each installment has a strong fantasy elements built around Celtic folklore, with a secondary romance between two new characters.

Ms. Hafwen makes her first appearance at the very end of Summer Moon, the second book in the series, where she requests a house built of stone, mortar, and wood.  If you haven’t already guessed, Ms. Hafwen is a pixie–but until trust is earned, most people only see her as a winter wren.

As you can see, I couldn’t resist actually building the house.  To give you some perspective on its size, that’s me in the photo standing next to the finished cottage.

Luckily I have a patient husband who is used to my artistic endeavors in the name of a story.  (I’ll not get into the novel based around an apple orchard, or how many apples it took us to make one batch of apple wine.)  As for the pixie house, I will admit that we both expected to be hauling away a large lump of rocks and cement.  Well, I’m pleased to share that the pixie house came out better than I dreamed and remains nestled in my shade garden.  It was officially named Brynmor Cottage in the third installment of the Celtic Wolves Series. 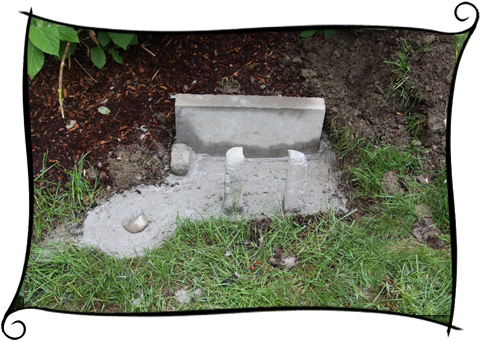 The Foundation
The foundation is over a foot deep. 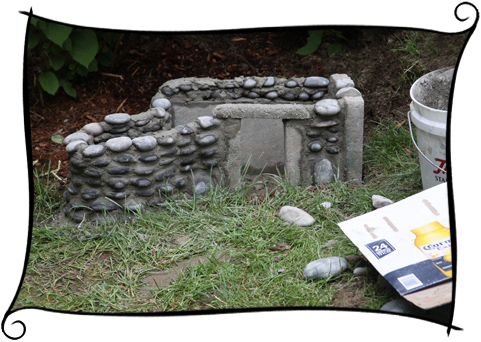 Building the Walls
This was all about slapping mortar down, stacking rocks, and smoothing out the excess between each layer. 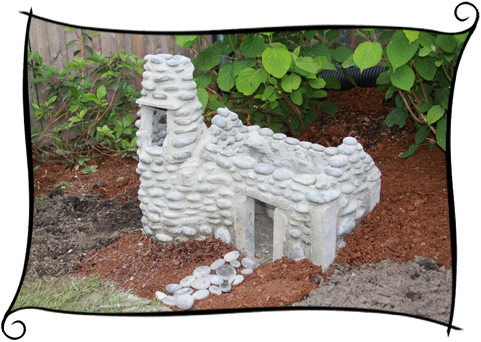 Turret Taking Shape
The bottom cured for a day before adding the turret and roof peaks. 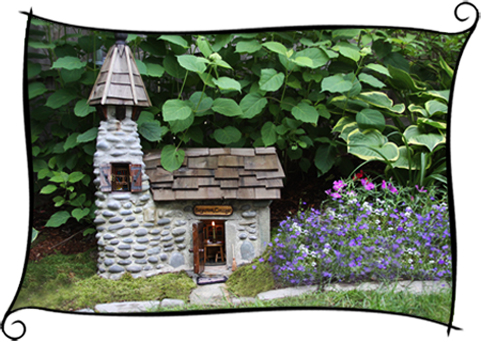 Every Cottage Needs Trimmings
The roofs are made of cedar shingles, and the shutters and door out of pine. 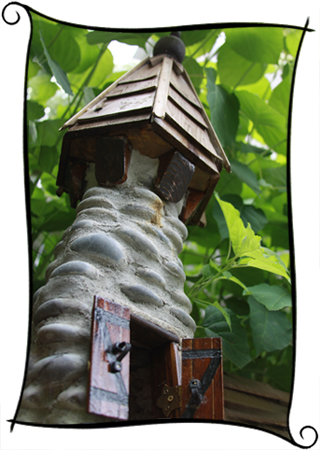 Turret Roof and Shutters
A View from Below 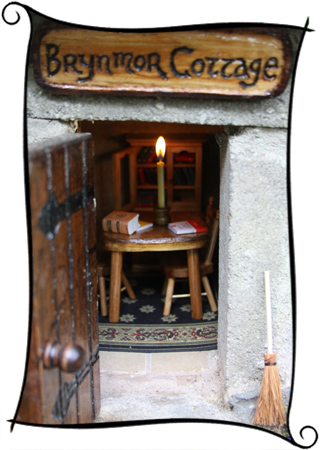 Take a Peek Inside
Look closely and you will see an atlas, a dictionary, and of course a book on modern etiquette. 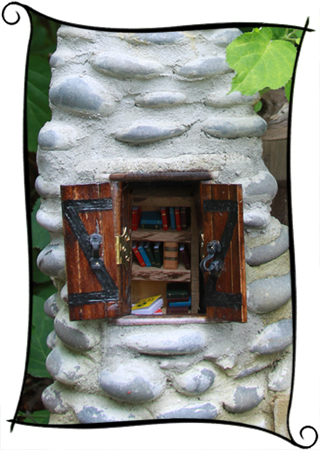 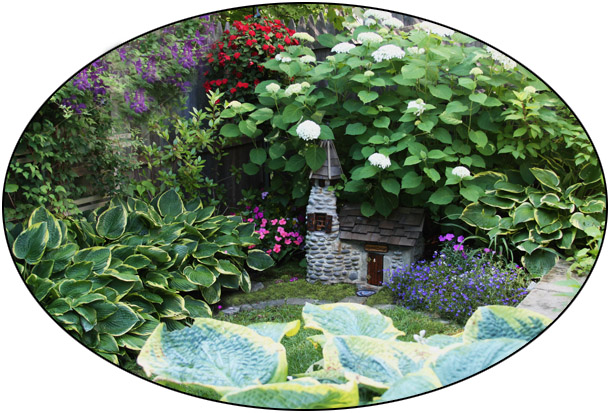 So far Brynmor Cottage has survived several Maine winters. It rests in a shade garden surrounded by hydrangeas, where humming birds chatter, butterflies whisper, and dreams are but an imagination away.

Hope you enjoyed the tour!

All my best,
Jan